IMPORTANT: It's a Serious Matter of Life

“He who is slow to anger is better than the mighty, and he who rules his spirit than he who takes a city” (Proverbs 16:32). And on the other hand, “Whoever has no rule over his own spirit is like a city broken down, without walls” (Proverbs 25:28).

Self-control is a mighty good thing to have. And as rare as Spanish doubloons in the Sunday offering plate.

“The fruit of the Spirit is love, joy, peace, longsuffering, gentleness, goodness, faithfulness, humility, and self-control” (Galatians 5:22-23). So, the much-desired quality of self-control is found among the nine traits making up the “fruit of the Spirit,” which is also a pretty solid description of Christlikeness.

The ability to master one’s own spirit is not as recognizable as its opposite, the failure or inability to control one’s inner self. That trait–a spirit out of control–is quickly on full display whenever its owner is offended, attacked, questioned, called to account for something he/she has done, or otherwise challenged. The uncontrolled spirit has no defenses against temptation, no muscles for hard tasks, and no patience with difficult people. “Love one’s enemies”? (Luke 6:27) The uncontrolled spirit has difficulty loving its own friends and thus has nothing in reserve for its opponents.

So, let’s take the positive approach! Here, straight out of the wonderful book of Proverbs, are ten traits of the person in control of his/her own spirit.

1. You can take chastening from the Lord and appreciate discipline when you have it coming.

“My son, do not despise the chastening of the Lord, nor detest His correction; for whom the Lord loves, He corrects, just as a father the son in whom he delights” (Proverbs 3:11-12).

Ask any employer. Having to deal with an employee who is doing wrong but cannot take criticism well is one of his/her hardest jobs. That’s why Proverbs makes so much of the ability to take correction.

2. You do not take offense easily. You are hard to offend.

“The discretion of a man makes him slow to anger, and his glory is to overlook a transgression” (Proverbs 19:11). “Love…is not provoked” (1 Corinthians 13:5).

“He who is slow to wrath has great understanding, but he who is impulsive (“short of spirit” literally) exalts folly” (Proverbs 14:29). This is the description of a person strong in self-esteem, certain of their mission, and settled in their inner spirit. It’s how we want to be. (Want to see that very description of our Lord? Look at the first four verses of John 13. This is what gave Jesus the strength and humility to wash the feet of the disciples.)

3. You can receive criticism without feeling you have to defend yourself.

“Rebuke a wise man and he will love you” (Proverbs 9:8). “A fool despises his father’s instruction, but he who receives correction is prudent” (Proverbs 15:5). And, “Rebuke is more effective for a wise man than a hundred blows for a fool” (17:10).

I have yet to meet a man who enjoys being criticized. And yet, it’s a constant in any life. There is no position worth having in this world where criticism is not a fact of daily existence. So, anyone who intends to do something of value in his lifetime would do well to master the art of receiving criticism without feeling the need to defend. Even if you say “I was only responding to the points he made,” will appear you are defending yourself. (And yet, there are times when we must explain and even defend. Pray for wisdom.)

4. You can choose your words carefully.

The person who takes the time to consider what he is about to say and then speaks wisely is in control of his own spirit. How often have we heard people bragging about their inability to do this very thing: “Well, that’s who I am! If I think it, I say it!” (The rest of us roll our eyes and think, “Dear Lord, deliver me!”) 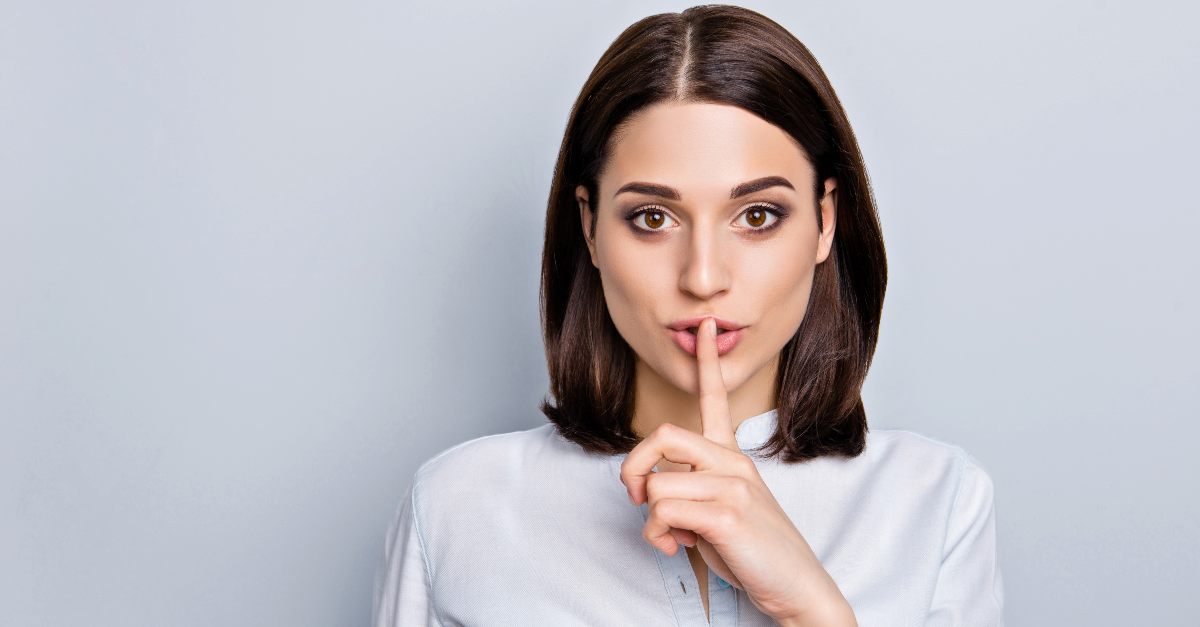 5. You guard your tongue.

“Whoever guards his mouth and tongue keeps his soul from troubles” (Proverbs 21:23). A prayer I’ve prayed almost daily for decades is Psalm 141:3 “Set a guard upon my mouth, O Lord. Keep watch over the door of my lips.”

Fully one-half of the problems I have had throughout my long life were self-inflicted, and most of those involved the inability to keep my mouth shut. They said of Job, “Your words have upheld him who was stumbling; and (by your words) you have strengthened the feeble knees” (Job 4:4). Somewhere I found a variation of that, which says: “Your words have stood men on their feet.” I like that so much, it has been my verse and my constant prayer. (We’ve all seen the power of words to knock people off their feet! The stories we could tell! But here and there among us, you will find those golden individuals with the power to stand people back on their feet using nothing more than words. I want that to be me! And so do you, I wager.)

6. You are in command of your appetite.

The appetite is a spirit within us, and sometimes it feels demonic, demanding, and out of control!

We smile at Proverbs 23:1-2. “When you sit down to eat with a ruler, consider carefully what is before you, and put a knife to your throat if you are a man given to appetite.”

To be sure, the control of the appetite at all times–for food, success, glory, sex, anything! – is a huge accomplishment.

7. You can do good deeds without mentioning it to anyone.

“Whoever falsely boasts of giving is like clouds and wind without rain” (Proverbs 25:14).

But that’s “falsely boasting.” What about if I really gave that much money? Made that great sacrifice? Did that sacrificial act? Can’t I tell that? Answer: Only in extreme situations. Only when doing so helps others and honors God.

8. You can resist the urge to meddle in another’s business.

“Whoever passes by and meddles in a quarrel not his own is like one who takes a dog by the ears” (Proverbs 26:17).

John MacArthur notes: “The dog was not domesticated in Palestine and thus to grab any dog was dangerous. The aggressor deserved to be bitten for his unprovoked act.” (Ask any law enforcement officer about having to walk into a domestic fight. Many an innocent person has paid the ultimate price.)

9. You are able to respond to a harsh putdown with gentleness.

“A soft answer turns away wrath, but a harsh word stirs up anger” (Proverbs 15:1).

Sometimes, when an anonymous critic leaves a devastating criticism of something I’ve written on my website, the temptation to respond ‘in kind” is powerful. But how much stronger–and more difficult–it is to say simply, “Thank you. You may be right.” And perhaps, “Pray for me.”

10. You can make yourself do the hard tasks, rather than give in to the urge to take the easy path.

One who rules his spirit can make himself get out of bed and go to work, get in the car and seek out a difficult person in order to make peace, and write a check to a great ministry when he wants so much to indulge himself with that money.

One who rules his own spirit can be gentle with others and strong with himself.

A prayer I once heard and have used ever since says: “Lord, give me a heart of fire toward Thee, a heart of flesh toward my neighbor, and a heart of iron toward myself.” Amen to that.

Joe McKeever has been a disciple of Jesus Christ more than 65 years, been preaching the gospel more than 55 years, and has been writing and cartooning for Christian publications more than 45 years. He blogs at www.joemckeever.com.

This content first appeared on Crosswalk.com and is used here with permission. To view the original visit: https://www.crosswalk.com/faith/spiritual-life/traits-of-someone-who-has-self-control.html